Why Was There a Coin Shortage? 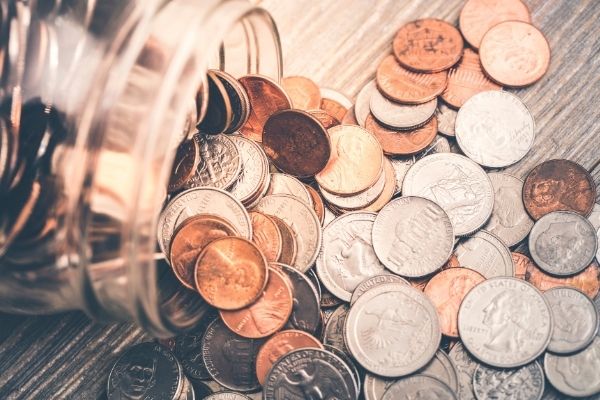 Due to the shutdowns and the limited in-person business transactions caused by the Covid-19 pandemic, physical currency has circulated at an extremely low rate, leading to a “coin shortage.”

The COVID-19 pandemic had, and continues to have, a major effect on our everyday lives. From hospitals and sickness to schools and education, we’ve learned to adapt – the U.S. economic crisis being one of the biggest obstacles we’ve had to face. Due to the shutdowns and the limited in-person business transactions, physical currency has circulated at an extremely low rate, leading to a “coin shortage.”

There is roughly $48 billion in coins circulating throughout the economy at any given time – when we have an open, full-functioning economy, that is. In the summer of 2020, we did not. It’s not like the coins disappeared and that’s what caused the coin shortage, however. The United States Mint has continued to produce coins and perform “its essential mission of manufacturing circulating coins” throughout the pandemic, but when businesses are closed and people are unable to make purchases with physical currency, coins will not move from businesses to patrons and vice versa.

As the accessibility of the internet has grown, online transactions have grown these past years as well. As a result, businesses – small and big – have made shifts to account for the increase in online sales. However, 2020 forced the hands of many local businesses, relying on cash sales, to alter their operations faster than they were prepared to.

How the Pandemic Plays a Critical Role

Early on, there were several unknown factors as to how easily the coronavirus could be transmitted, especially on surfaces. Because of these unknowns, individuals and businesses alike shied away from physical currency, which in turn led banks and credit unions to scale back their operations and services in hopes of slowing the spread of the virus. Once the Stay-at-Home orders were introduced, people bought necessities online, greatly reducing cash use – especially for local businesses. Finally, there was also a temporary cap placed on coin orders by the Federal Reserve, which minutely contributed to the situation.

As we’ve learned, though, the virus is more stable on plastic and steel rather than copper, which is a major metal used as U.S. currency. Even though this temporary cap wasn’t in effect for very long (and has since been lifted) and banks and businesses are now handling physical currency again, there is a latency period with the circulation of currency that we have not yet fully overcome due to these and other economic constraints from COVID-19.

Do We Still Need Coins?

Despite the historical use of coins over the years, coins are much more durable, giving them a longer lifespan compared to their paper counterparts. Up front, paper currency is much cheaper than making a coin simply because of the materials it is made out of. It is also lighter, making it much more efficient to carry, transport, and use in mass. However, the lifespan of paper currency is rather short. Wear and literal tear on paper currency cause replacement more frequently. “The Government Accounting Office estimates that eliminating $1 bills and replacing them with $1 coins would save $4.4 billion over a 30-year period,” driving home the fact that coins are more suitable for smaller transactions.

Smaller businesses thrive on smaller transactions. For example, businesses like gas stations, coin-operated laundry machines, and collectible stores utilize coins and have small transactions regularly. There is a long, ongoing debate as to whether digital currency will eliminate the use of physical currency. However, our economy is not there yet. Many small businesses simply do not have the infrastructure to take and manage digital currency. Even transactions under a dollar can be difficult with certain credit card readers, not to mention the per-transaction fees from each credit/debit card sale that burden these small businesses. This makes coins a necessary, acceptable form of payment. There is also the reality that not everyone has a bank account or some other form of electronic payment processor like Venmo, Paypal, and Cash App, again, making cash and coins a necessity in our evolving economy.

Is There Still a Coin Shortage?

No, there is not. In fact, saying that there was a coin shortage is technically inaccurate. It was more of an economic disruption in the circulation of currency. The U.S. Federal Reserve has said, “there is currently an adequate overall amount of coins in the economy,” however, as we’ve discussed, the dissemination of coins has been largely muddled due to the economic closures throughout the country. To help hedge the effects, the U.S. Mint has increased coin production by 26%, but using physical currency in an open economy is the only real solution to the coin shortage. Only then will coin circulation normalize.

The good news? The economy is opening back up. States are lifting mandates and business restrictions, allowing near-to-normal functioning operations for employees and employers. The businesses that have been hurt the most are those within our own communities – small and local ones, not big named franchises. They simply didn’t – and don’t – have the rainy day reserves and infrastructure to handle what 2020 dished out.

Is it more convenient to make an Amazon purchase from your couch instead of driving into town? Most likely. Yet, our ability to move and shift local business and transactions has more of an impact on our community than an online order from a big name ever will. Using cash whenever possible will also help us move back to a normal functioning economy, especially for smaller businesses. Cash and deposit your coins at your local bank or your grocery store coin machines. Grab a snack or drink at vending machines which, as a whole, still take nickels, dimes, and quarters. To drive this home, using physical currency as frequently as possible is the only way to fix the coin shortage.