Who is on the Bill? 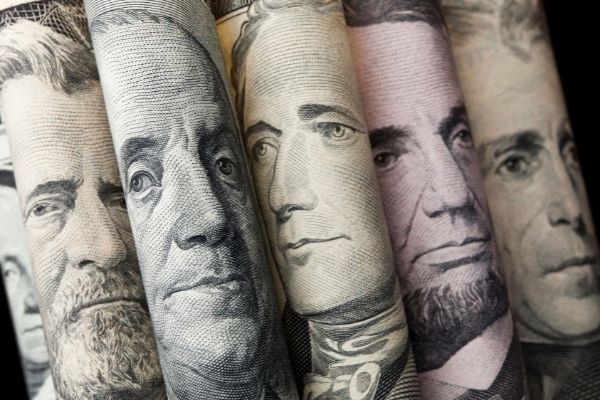 Have you ever wondered who is on the bill? We’re addressing the faces on U.S. bills both in and out of circulation and how they got there.

Overview of the Bill

The U.S. has gone through several currency denominations that have been printed, circulated, and/or discontinued. Currently, the seven U.S. paper denominations still in use are the $1, $2, $5, $10, $20, $50, and $100 bills. So, who decides the fate and alterations of these notes? And who are the faces that appear on them?

Who Decides the Faces?

The Secretary of the Treasury is the individual responsible for handling the United States’ funds, including paying all U.S. bills, collecting taxes, and enforcing tax and financial laws (Investopedia). They also help oversee the printing and minting of U.S. currencies. Apart from Congress’ input, decisions made by the U.S. Bureau of Engraving and Printing, and federal laws in place, the Secretary also decides whose face appears on each U.S. bill.

What Requirements Must Be Met?

While the Secretary of the Treasury decides whose faces will appear on U.S. currency, there are rules they must follow. First, the individual must be nonliving. In 1864, the 5-cent note featured the portrait of the then living Chief Clerk in the Treasury Department’s Bureau of Construction. This action caused a public uproar, and in 1866, Congress prohibited any living individual from appearing on any U.S. currency.

Second, the individual must be someone of historical importance, or as the U.S. Department of the Treasury states, “deceased persons whose places in history the American people know well.” That means a person does not necessarily have to become president of the United States to be put on the country’s currency.

The Faces on Every U.S. Bill in Circulation

Every dollar note has a portrait and the name of a person on it. Some of these faces have swapped places with each other; others have remained on the same paper bill since their initial release. So, who are these individuals and why or how did they get their face on the U.S. dollar bill?

Who Is on the 1 Dollar Bill?

George Washington, Commander in Chief of the Continental Army during the Revolutionary War of 1776 and the first U.S. president, is the face that currently appears on the $1 bill. The first $1 bill made its appearance in 1862. However, it did not feature the portrait of the president. Instead, for a short time, it featured the face of the Secretary of the Treasury, Salmon P. Chase. It wasn’t until 1869 that Washington’s portrait would debut on the $1 greenback and remain to this day.

Who Is on the 2 Dollar Bill?

American Founding Father, 3rd U.S. president, and author of the Declaration of Independence in 1776, Thomas Jefferson, appears on the $2 bill. However, like Washington, Jefferson’s portrait did not appear on the $2 bill first. Instead, Alexander Hamilton’s face was first printed on the currency in 1862. Jefferson’s portrait replaced him in 1869, who has remained on the bill since.

Who Is on the 5 Dollar Bill?

Abraham Lincoln was the 16th president of the United States during the American Civil War of 1861 to 1865. During his term, he sought to reunify the Union. Later, he issued the Emancipation Proclamation, which led to the abolishment of slavery. In 1914, Lincoln’s face was printed on the front of the $5 bill.

As mentioned above, Alexander Hamilton was not a president of the U.S., although he “made his reputation during the Revolutionary War” and became one of the most influential Founding Fathers. He also “played a key role in defending and ratifying the U.S. Constitution” and was the first Secretary of the U.S. Treasury. While Hamilton’s portrait first appeared on the $2 bill, we know his face was swapped out for Jefferson’s. In 1914, he reappeared, replacing Andrew Jackson on the $10 bill.

Andrew Jackson, a famous military hero of the War of 1812 against Britain, became the 7th president of the U.S. in 1829. One century later, in 1929, Jackson’s face replaced President Cleveland’s. Currently, the Treasury Department plans to swap Jackson’s portrait from the $20 bill for Harriet Tubman’s face in 2026. However, circulation of the newly designed bill won’t happen until 2028.

Ulysses S. Grant was a Union military general during the American Civil War before becoming the 18th president of the U.S. in 1869. He was involved with the Reconstruction of the South and rebuilding the nation after the Civil War. In 1914, his image was printed on the $50 bill.

Famous inventor, politician, co-author, and a signer of the Declaration of Independence, Benjamin Franklin was another Founding Father who appears on the $100 bill. His portrait has remained since 1914.

U.S. Bills No Longer in Circulation

After a break that lasted nearly 30 years, the U.S. Mint began what is called the “Modern Commemorative Era” with the launch of the 1982 George Washington Half Dollar. This coin celebrated the 250th anniversary of his death.

William McKinley was the 25th president of the United States. He helped lead the U.S. to victory during the Spanish-American War of 1898. In 1901, during his second term as president, he was assassinated. The first issuance of the $500 bill with his portrait appeared in 1934. Yet, it was last printed in 1945 and discontinued altogether in 1969 due to its lack of use.

James Madison’s face appeared on the $5,000 bill, which was first printed in 1918 and, like the $500 bill, was last printed in 1945 and discontinued in 1969. Madison was the 4th president of the U.S., considered one of the Founding Fathers and a significant contributor to the Constitution.

Salmon P. Chase served as Secretary of the Treasury under President Abraham Lincoln, later becoming chief justice of the U.S. Supreme Court. The $10,000 bill, with Chase’s face on it, was first printed in 1918. Like several of the other bills, the federal government officially discontinued it in 1969.

28th president, Woodrow Wilson, led the U.S. into World War I in 1917 to help “make the world safer for democracy.” His face was printed on the $100,000 bill during 1934, but it never circulated for public use. Instead, the government used it for “conducting official transactions between Federal Reserve banks.” The last $100,000 bill was printed in 1945 and officially discontinued in 1969.

Could Changes Be Made to Bills in the Future?

Yes. The U.S. currency can see changes in the future. As mentioned previously, there are plans for Harriet Tubman’s face to appear on the $20 bill in place of Andrew Jackson’s in 2026. Efforts like this potentially show an increased measure to be more inclusive of women and reflect the history and diversity of the United States.

Although there are plans to replace Andrew Jackson with Harriet Tubman, the U.S. currency is currently going through a redesign process to prevent counterfeit issues. This setback has set the $20 bill’s re-release for 2026.

We hope you learned something new today!