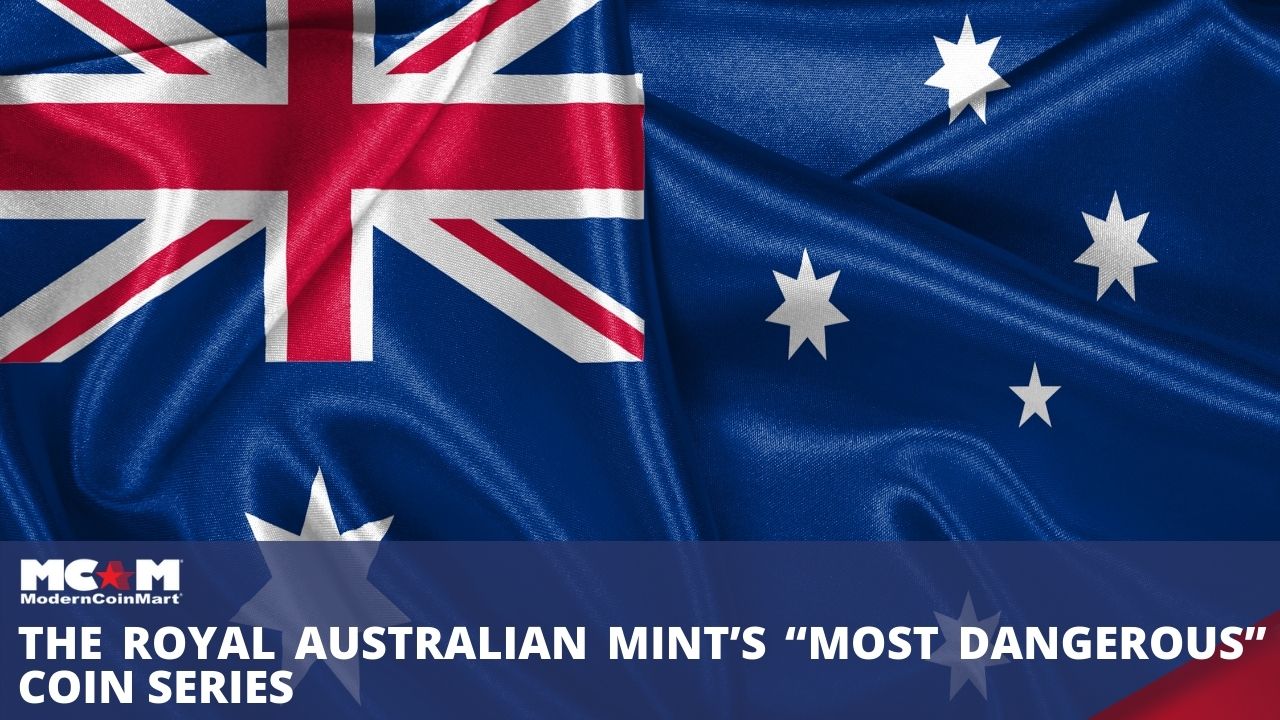 Australia has a unique allure for countless travelers and aspiring travelers throughout the world. Part of that allure is the knowledge that deadly creatures are always close – often closer than people realize. In 2020, the Royal Australian Mint launched Australia's Most Dangerous Coin Series to highlight some of these terrifying animals on .999 fine silver rounds.

The first two coins in the series feature two very different dangers. The first is the Redback Spider.

This close relative of North America's Black Widow Spider gets its name from the easily recognizable red stripe that appears on adult females' backs. They also have shaped red-orange streaks on the undersides of their bodies. Although the female bodies grow only to about .4 inches while males grow just to about .12 inches, this spider ranks among Australia's most dangerous because its venom causes latrodectism in human victims. While seldom fatal for humans thanks to the use of antivenom, the redback's bite may cause pain, vomiting, sweating, and muscle rigidity. 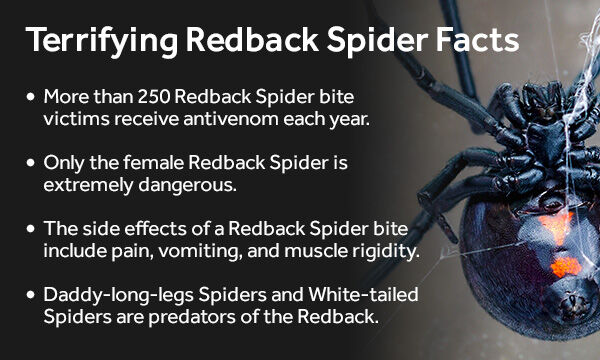 The reverse of the Redback Spider coin features the female spinning one of its webs. The spider is shown from above, offering a full view of the stripe and the intricate web design. "REDBACK SPIDER" is inscribed near the bottom, while the weight and purity of the coin, "1 OZ .999 SILVER," are inscribed along the rim near the top.

The second coin in the series features the great white shark, one of the sea's most feared creatures.

Great whites live throughout most of the Atlantic, Pacific, and Indian Oceans and other non-polar bodies of water. They are closely associated with Australia mainly because they breed along the continent's shores. The great white gets its fearsome reputation in popular culture mostly from the movie Jaws, which is somewhat misleading. Great white sharks seldom attack humans, and even when they do, their bites are typically not fatal. That said, at 4,000 pounds per square inch (psi), great whites have one of the most powerful bites in the animal kingdom, more powerful even than the saltwater crocodile! 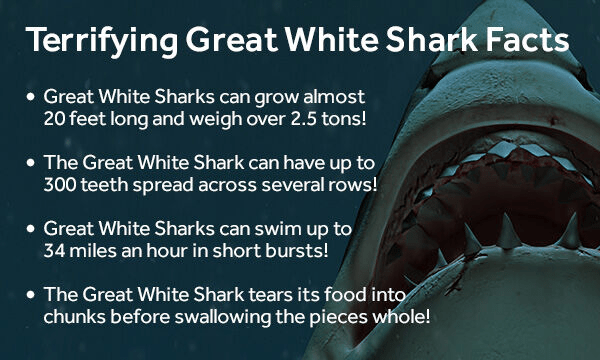 The Great White Shark coin's reverse shows the massive creature leaping out of the water with its jaws open. Complete with a tremendous splash, the image captures one reason why great whites are so feared – they move quickly and are often felt before they are seen. "GREAT WHITE SHARK" is inscribed at the bottom of this face, while "1 OZ .999 SILVER" is inscribed along the rim near the top.

The third coin in the series debuted in the fall of 2021 and features the intimidating-looking Desert Scorpion. While not quite deadly, this creepy-crawler’s sting can cause painful swelling in humans.

The Desert Scorpion thrives in some of the most inhospitable parts of Australia’s desert interior. Considered a large and aggressive species, this type of scorpion digs deep, spiral-shaped burrows that allow it to withstand the blazing daytime temperatures. This scorpion’s venom is not powerful enough to kill humans but can still lead to pain and uncomfortable swelling. The desert scorpion is not a critter many would want to come face to face with! 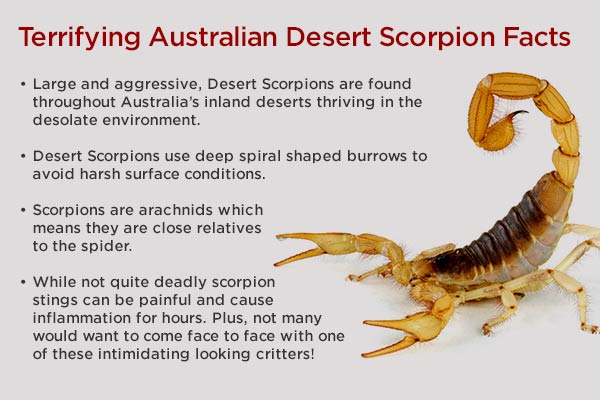 The 2022 Desert Scorpion coin’s reverse offers a skin-crawling portrayal of a large Desert Scorpion. The arachnid’s pinchers and bulbous stinger are at the ready as the rays of the sun bake into the sand. Inscriptions on this face of the coin include “DESERT SCORPION” and the weight and purity, “1 OZ .999 SILVER.”

All three of these coins feature a portrait of Queen Elizabeth II on the obverse. She dons her Royal Diamond Diadem, earrings, and a necklace as she faces right. Her name, "ELIZABETH II," is among four inscriptions along the rim. The others are "AUSTRALIA," "2021," and "1 DOLLAR."

Brilliant Uncirculated coins in Australia's Most Dangerous Series have maximum mintages of just 25,000 pieces. They combine modern minting expertise with stunning images of some of the distant continent's most feared creatures. Whether you have traveled to Australia, dream of doing so, or are simply mesmerized by these wonders of nature, consider adding these coins as you grow your collection.