Is There Something Worth Collecting in Your Pocket Change? 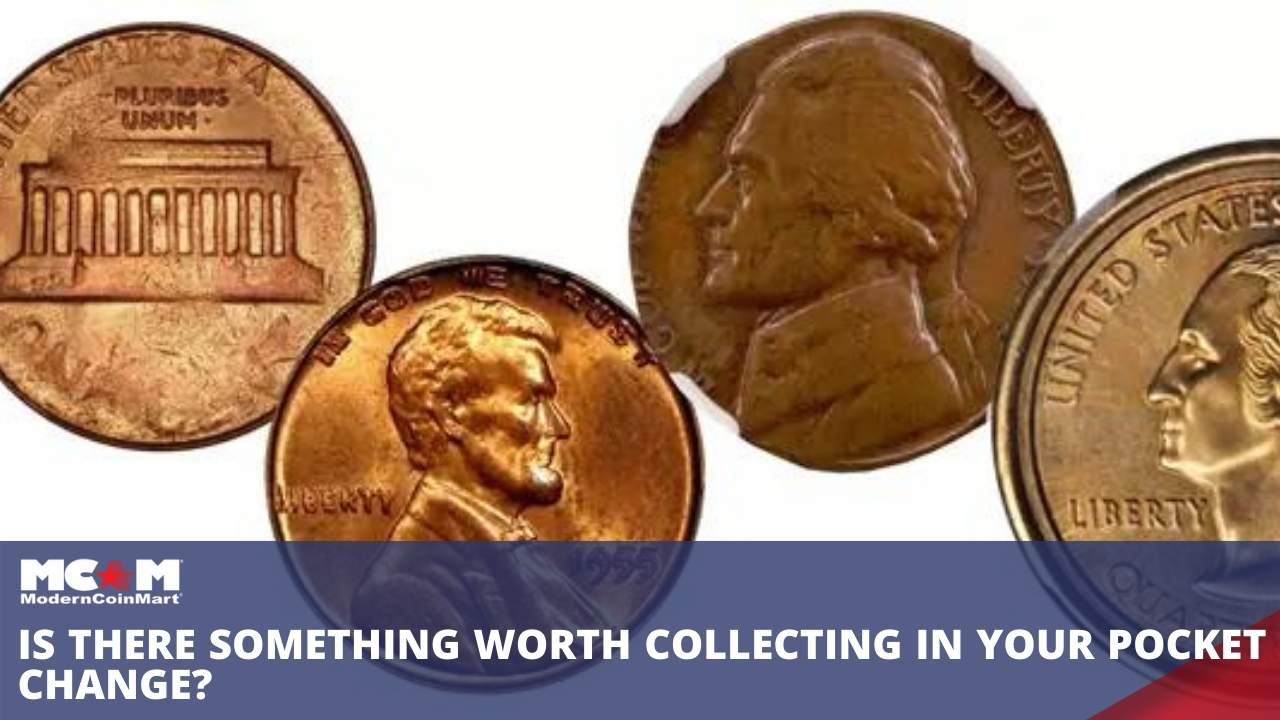 Many coin collections were started after a unique coin was found in someone's pocket change. You may have seen your grandfather or father weeding through their change, or maybe you even do it yourself! Although this is a method of collecting that is rarely seen anymore, the opportunity is still there. What valuable coins could you find in your change?

At one point, it was common for collectors to find particularly desirable coins in pocket change. However, this was more prevalent back when silver coins were still in circulation. Today, we have many more coins in circulation than during the 50's and 60's. Is it true that there’s nothing to find in our pocket change today? You’re about to find out.

Pocket change can be a rich place to find interesting and sometimes, rare coins. From Mint errors to modern rare dates, there are many opportunities to find noteworthy releases. Today, most of us can find Lincoln Cents, Jefferson Nickels, Roosevelt Dimes, 50 State Quarters and America the Beautiful Quarters in our pockets. Within this variety of coins, there are plenty of errors, varieties, and even a few rarities. Let’s start with the find of one man.

It was just a few years ago that William Gaitlan was hunting for rarities in circulating coins. He had been searching for a few years with no major finds until he came across a 1969-S double die obverse Lincoln Cent. It may not be as well-known as the key date Wheat Cents, but this Memorial Cent is quite valuable. The specimen that Gaitlan found, which cost him nothing more than its face value and some time, was sold by Heritage Auctions for over $21,000! This story was originally reported by Debbie Bradley for NumismaticNews.net in 2014.

Rare Coins You Can Find

“Mule” error coins are some of the rarest coins that can be found. While they aren’t likely to be found in circulating coinage, they do make an appearance now and then. A mule is a specimen with designs from two different coins.

A doubled die variety, like the 1969-S Lincoln Cent found by William Gaitlan, is created when individual impressions made on a coining die are offset from one another. This anomaly can be on the obverse or reverse, and is usually very minor. There have been plenty of doubled die variety coins that made it out of the Mint over the years, mainly because most of them look normal if you just give them a quick glance. A loupe or some other type of magnification is normally needed to see the majority of doubled die varieties.

Designs Struck on the Wrong Blank

These coins are somewhat similar to the mules mentioned above, but they are quite obvious when you see them. Take the 2000 Lincoln Cent for example. One of these was struck on a blank meant for a Roosevelt Dime. The same thing has happened with other coins as well, you just have to keep your eyes open. If you’re really lucky you may even discover something new.

In this category we also have the 1983 copper Lincoln Cent. This was the year that Lincoln Cents went to zinc blanks, but a few copper blanks still made their way through. A scale is needed to identify this coin, the weight different between versions is less than 1 gram.

Struck through errors are some of the most common errors seen from the US Mint? You can usually find some examples of these with the release of any new coin.

A struck through error occurs when something comes between the die and the blank at the time of the strike. Whatever that object may be is what determines the shape of the struck-through error.

One of the most common substances involved in struck through errors is grease. This gives the coin a washed out look, as if it wasn’t struck in some portions. Other objects tend to leave a more defined struck through error. This type of error is usually visible to the naked eye.

The next time you come home with a pocket full of change, don’t assume that it’s only worth its face value. Take a look at those coins before you throw them in the jar. Who knows what treasure you might find!