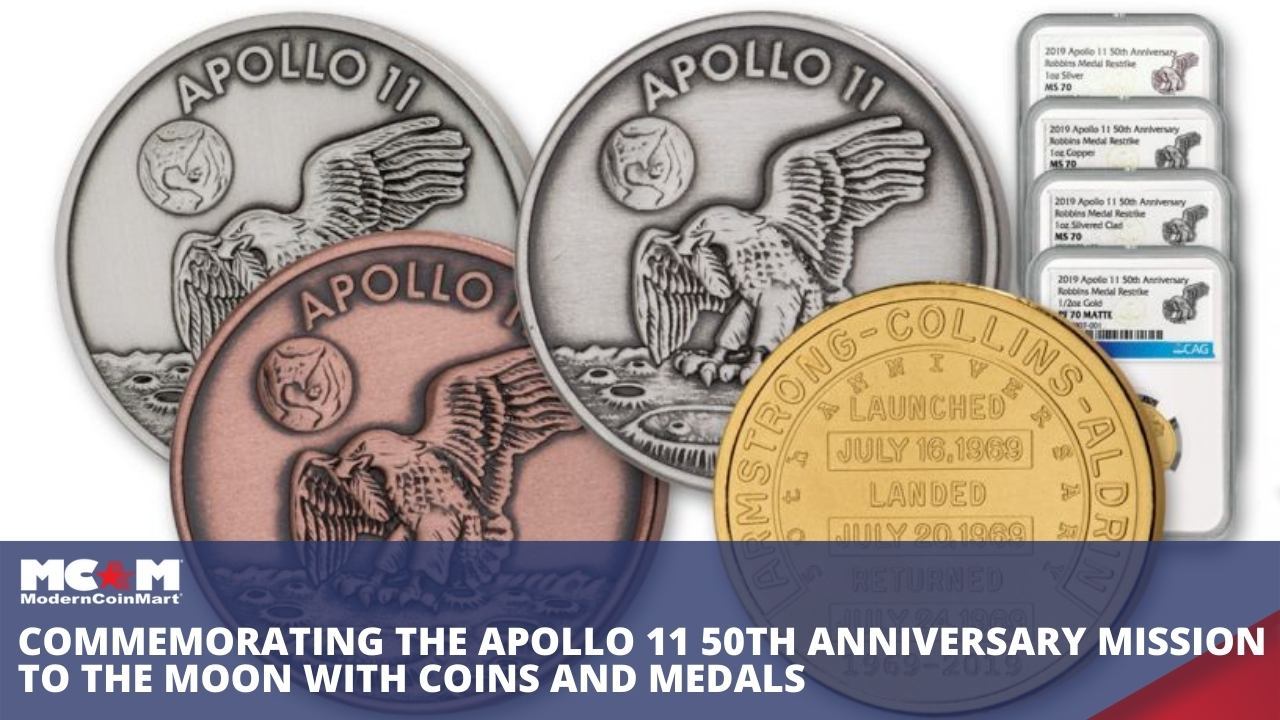 July 20, 1969 was a day that changed the world when Apollo 11 astronauts Neil Armstrong and Buzz Aldrin stepped off their lunar module and onto the surface of the moon – marking the first time humans had reached the lunar surface, while their fellow astronaut Michael Collins remained in the spacecraft. This event led to many important scientific discoveries and paved the way for future space program missions.

The Apollo 11 mission to the moon was the fulfillment of President John F. Kennedy’s September 1962 call to put a man on the moon by the end of the decade. It was also the culmination of several decades of effort by an enormous team of engineers, mathematicians, scientists, and many others – some of whom worked directly for NASA plus others who worked for companies such as Grumman, which built the lunar module that today resides at the National Air and Space Museum.

To accomplish what many call “the moon shot” of Apollo 11, there were many prior space missions, including the Mercury, Gemini, and Apollo missions.  Some astronauts from these missions payed the ultimate sacrifice such as those of Apollo 1, whose three crew members died in a fire in the command module while it was on the launch pad.

More broadly, the historic Apollo 11 moon landing represented one of the greatest achievements by the United States and the human race and was watched on television by what is estimated to be half of the world’s population.  “This is the greatest week in the history of the world since Creation,” President Richard M. Nixon enthused upon greeting the Apollo 11 crew when they returned from the Moon.

One way to commemorate this amazing event is with the beautiful Apollo 11 50th Anniversary Robbins Medals available through MCM. These commemorative medals were created using the original dies used to create the Robbins medals that flew aboard the Apollo 11 mission, whose obverse features the mission patch for Apollo 11 with an eagle landing on the moon and clutching olive branches in its talons that was designed with input from each of the astronauts as well as NASA officials.

The original medals, which were reproduced in silver and gold and in silver plate and copper in various sizes, were commissioned by NASA to be created by the Robbins Company, a jewelry manufacturer, and flew aboard Apollo 11.  The reverse of the medals carried the name of each of the three astronauts along the top inner border along with the dates the mission was launched, landed and returned to the earth, and we added the anniversary date, 1969-2019 at the bottom.

The 50th anniversary of the Apollo 11 mission is an event that will be widely discussed and celebrated over the course of 2019 because so many people consider the moon landing to be one of the most important dates in history.  It has already been the subject of films such as “First Man” that debuted in October 2018 about Neil Armstrong as well as many books and television shows.  There are also exhibits such as those at the Air and Space Museum of the Smithsonian and the Neil Armstrong Space Museum in Ohio.

On July 24, the Apollo 11 mission, which until now has only been alluded to on the reverses of the Eisenhower and Susan B. Anthony dollars and commemorated on countless coins issued by world mints since 1969, will finally get the American numismatic recognition it deserves. The U.S. Mint is releasing a set of four widely-anticipated curved Apollo 11 commemorative coins honoring the event. The coins will be launched at an event at the Kennedy Space Center Visitor Complex in Cape Canaveral, Florida.

There will be: up to 750,000 clad half dollars struck in uncirculated  finish at the Denver Mint and in proof at the San Francisco Mint; up to 400,000 silver dollars  struck in uncirculated and proof finishes at the Philadelphia Mint; a proof 5-oz silver also struck in Philadelphia (the first 5 oz. proof U.S.curved coin ever made)  with a 100,000-mintage; and up to 50,000 $5 gold coins struck in uncirculated and proof finishes at the West Point Mint. The silver coins will also be the very first U.S. commemorative coins struck from .999 fine silver instead of .900 fine silver. The Mint is also issuing a special two-coin set with the clad half dollar and a special enhanced reverse proof Kennedy half dollar with a 100,000 mintage.

This series will feature only the second curved U.S. coins after the 2014 Baseball Hall of Fame coins, but unlike the baseball coins that had a clever, but rather simple design of a baseball on one side and a baseball glove on the other, the Apollo 11 coins have much more intricate and detailed designs on both sides.

The convex-shaped reverse features the reflection in Buzz Aldrin’s helmet of Neil Armstrong, the U.S. flag, and the lunar module, and was designed and sculpted by Phoebe Hemphill of the Mint’s staff.  The concave-shaped obverse shows the famous boot print of Neil Armstrong on the moon and was designed by Maine artist Gary Cooper and engraved by Joseph Menna. When the artwork for the designs was unveiled in October, the Mint’s Director David Ryder said of Cooper’s design: “His winning design is a poignant representation of the triumphant moment that brought people together and reaffirmed our shared humanity and sense of purpose.”

A ceremonial first strike ceremony was held on December 13 at the Philadelphia Mint in which the sons and daughters of the Apollo 11 astronauts, including Armstrong’s younger son, Mark, Andy Aldrin and Ann Collins as well as various other dignitaries, were in attendance. In conjunction with this event the Mint released the first actual photos of the coins, which look amazing.

Ronald Harrigal, manager of the Mint’s design and engraving division, provided some details about how the coins were made. He explained that the degree of curvature for the 5-oz coins was developed first and was then adapted for the three smaller coins. He also said that there were some initial problems with the metal flow when creating the large silver coins. This required some adjusting of the design’s details and was more easily corrected using the .999 fine silver blanks since they are made of pure and softer silver than the traditional .900 fine one the Mint has used in the past.

Another reason to purchase the Apollo 11 50th anniversary commemoratives is that each coin includes a surcharge that will go to very worthy causes.  Half of these funds will go to help fund an exhibit at the National Air and Space Museum called “Destination Moon,” while the other half will be split between the Astronauts Memorial Foundation and the Astronauts Scholarship Foundation.

The Apollo 11 50th anniversary commemorative coins are sure to have great appeal for a wide audience that will include both numismatists and the general population in the U.S. and around the world.

Another special release commemorating the 50th anniversary of the Apollo 11 mission are uncirculated copper-nickel and Proof .925 silver coins from the Pobjoy Mint.

With the proof coin having a limited mintage of just 5,000 pieces, this release creates a highly collectible opportunity for those looking take home an Apollo 11 focused release.

The coin’s impressive reverse features a detailed image of Ascension Island, a location hosting a NASA tracking station. Built in 1965, the station supported earlier missions and continued on to track Apollo 11 during its’ historic flight to the moon.

Ungraded and certified proof coins from this program are now available from ModernCoinMart with fast and free domestic shipping.

Two powerhouses of Numismatics, the United States Mint (USM) and the Royal Australian Mint (RAM) have joined forces for the first time ever to commemorate the 50th anniversary of the Apollo 11 Moon Landing. Unbeknownst to some, Australia played a significant role in the live broadcast of the first steps on the Moon. Honeysuckle Creek Tracking Station, located in Sydney Australia, was one of three such complexes that relayed information, allowing the images of the first man on the moon to be seen and broadcast around the world.

It is therefore apt that the RAM partnered with the USM to bring an extremely special set that will contain one coin produced in each country. The RAM contribution will only be available in this set. The lovely 1 oz. Silver $5 proof features an astronaut standing on the Moon next to the lunar module Eagle. Earth hangs in the background, gorgeously brought to life with colorized detail.

The U.S contribution may be well known to avid U.S Mint collectors, but its pairing with the Australian piece in this set makes it a must have. The U.S Mint is contributing a half dollar clad proof version of their Apollo 11 Commemorative which features a dynamic representation of the “Buzz Aldrin on the Moon” photograph.

Only 10,000 of these sets will be minted and only 4,000 of those will be available for sale outside of Australia. What better way to commemorate one of the most significant firsts in humankind’s history?

Other Notable Commemorative Coins From Around the World

If you just can't get enough Apollo 11 50th anniversary commemorative coins, Mints around the world have released an incredible array of releases honoring this turning point in human history. Barbados released a stunning 1 oz. spherical coins that was crafted to resemble the moon. Its surface it littered with pock marks and craters. An impression of a single footprint graces the obverse, its incuse relief vividly recalling that "one small step." Switzerland has even gotten into the game by releasing a 1 oz. Solar Sail coin, that commemorates the country's contribution as they performed one of the only non-American experiments on the Apollo 11 mission, namely the testing of a solar sail material on the surface of the moon.

Whether you remember experiencing the moment yourself or whether you are just fascinated by man's first true venture into space exploration, browse our numerous offerings so you too can bring a piece of history home.