The People Behind the Coins: Coin Artists and Engravers

Now that you have the basics of the modern minting process down, or at least you do if you read our last article, its time to learn about the people behind the coins. Coin artists and coin engravers are integral to the creation of beautiful numismatic works of art.

Many collectors around the world are primarily concerned with things like value and scarcity, but coins would not be so appealing without impressive and varied artwork. Have you taken some time to consider where the designs on coins come from? Let’s look at the artists and engravers who bring their skills to the world of coins.

Today, it’s common to see multiple artists and engravers involved in the designs for a single coin. In the past, it was more common to see a single artist create the designs for the obverse and reverse, especially in the case of classic U.S. coins. Typically a coin design is created by an artist. However, that design must go through some other steps before it can be used to create a die for minting. 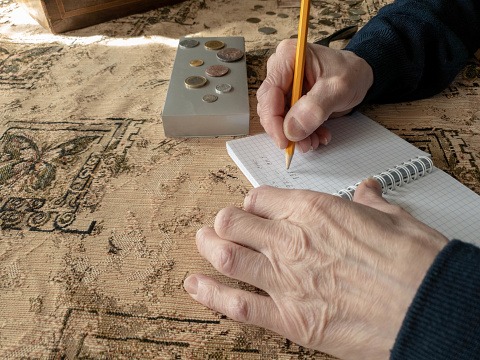 The initial design for a coin can come from a wide range of artists. It is standard for a Mint to have artists on staff for this purpose. In the case of the United States Mint, artists are also sought out on many occasions. For example, they recently used the Artistic Infusion Program to encourage professional artists to apply to work with the U.S. Mint. The American Liberty Gold coins and medals feature work from artists found through the Artistic Infusion Program.

There are even times when contests are held. Design contests for coins are usually open to anyone and some of them are for very notable U.S. coins, such as modern commemoratives. 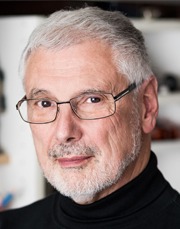 Of course coins aren’t engraved one by one, they’re struck by high-speed presses. However, an engraver bridges the gap between the original sketches and a working coin die. While some engravers also create designs and some designers also engrave, individuals usually specialize in one or the other.

Coin engraving is critically important at large Mints. At the U.S. Mint, the Chief Engraver is the highest position of all. John Mercanti, who retired in 2010, is among the most well-known coin engravers. In addition to creating the reverse design of the American Silver Eagle, Mercanti has contributed to over a 100 designs over the course of his 36 year career at the United States Mint. Mercanti was even the first former U.S Mint employee to work together with a foreign Mint when he partnered with the renowned Perth Mint to issue the Australian Wedged-Tail Eagle series.

Joseph Menna was named to this position in February of 2019 after working with the Mint since 2005, he was the first to be named following John Mercanti's retirement in 2010. Phebe Hemphill is another notable Sculptor-Engraver for the United States Mint and has helped create such as the reverse design that appears on the 2019 Apollo 11 50th Anniversary Moon Landing commemorative coins.

What is a Coin Engraver? 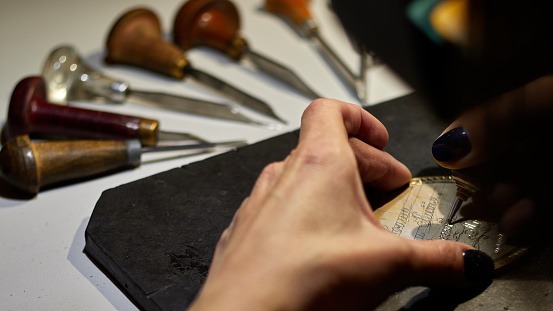 As mentioned, coin engravers don’t engrave coins one by one. They are heavily involved in the creation of the dies for the coin. An artist comes up with the original design. At that point, it’s usually a flat drawing or sketch. This is where a coin engraver comes in. These artists are specialized in sculpting and engraving. The coin engraver’s job is to take that flat piece of art and add a third dimension to it. The sculpted version of the design is then used to make an accurate coin die with visual depth.

For more information about prominent United States Engravers behind some of the most famous numismatic designs in history, read this archived Info Vault article.