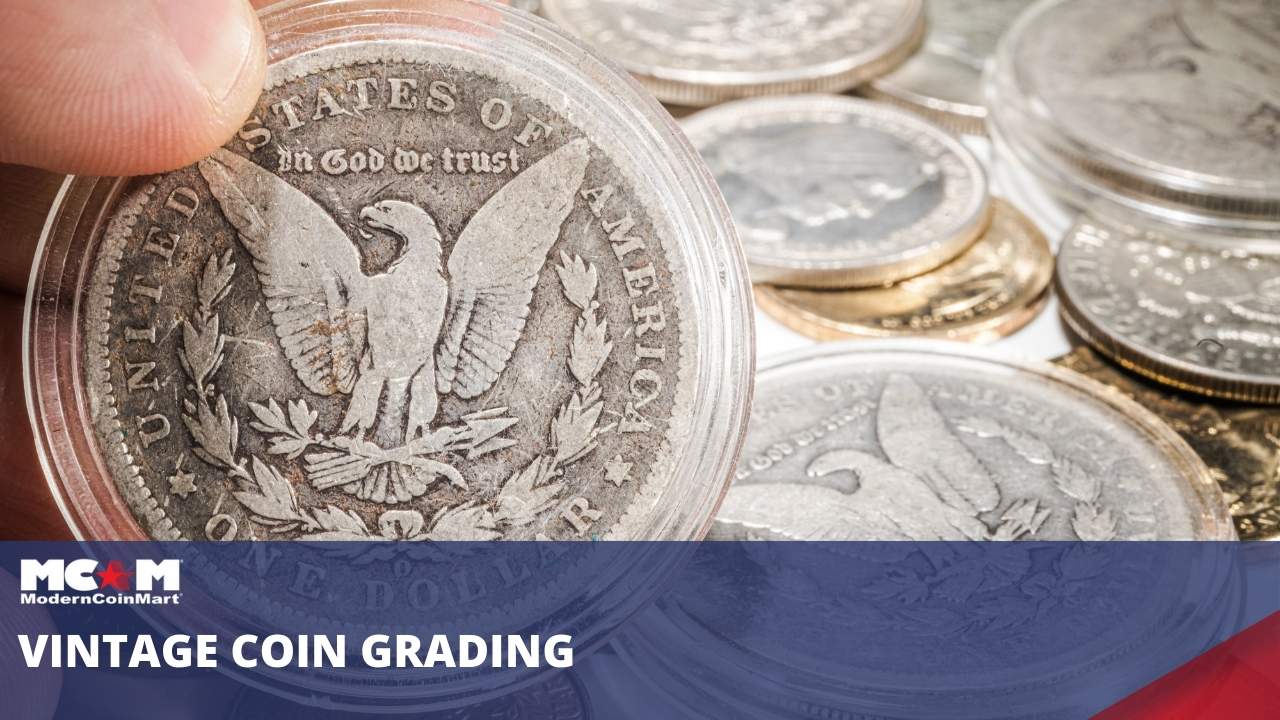 For collectors that enter the hobby with a focus on modern coins, the grades of certified vintage coins, commonly referred to as classic coins, may seem low. While it is true that vintage coins often receive lower numeric grades when they are certified, it’s important to keep a few facts in mind.

Few collectors of coins from recent decades have any interest in coins graded below Mint State 69. Some even stick exclusively to coins that earn Mint State 70 grades. Older coins, though, are seldom found in those conditions. Those from recent centuries may remain in lower uncirculated states, but ancient coins are virtually never well preserved. Due to various combinations of handling, circulation, theft, disasters, storage, transport, and other factors, ancient coins are typically near the lower end of the grading scale, if they can be identified at all.

The Mint State (MS) grade is more common for coins from the past several centuries. This range includes coins with no traces of wear, but there may be abrasions, hairlines, and other marks. Modern precious metals coins are typically at or near the top of this range, while examples of Morgan Dollars and Saint-Gaudens Double Eagles may be found on the lower scale, with a few in the middle of this range.

Just below MS, Almost Uncirculated (AU) coins have slight wear, which may be limited to the highest points or covers most of the design. Details are still clearly visible, but on the lower end, there may be some minor softness that is limited to the high points.

Coins in Extremely Fine (XF) condition retain complete details but have minor wear on some or most of the high points.

Coins in Very Fine (VF) condition have at least moderate to full details in the design. Letters and digits are still sharp.

Coins in Fine (F) condition have softness even in recessed areas. Both letters and digits remain sharp.

At the Very Good level, letters and digits are softer. The entire design shows wear.

The letters and digits on coins that are in Good (G) condition are either full or nearly full. The rims may be either sharp or worn.

Coins in About Good (AG) condition have had their rims worn into their fields. The holder can still read the letters and digits.

The rims of Fair (F) coins are barely visible. At this stage, only some details remain visible.

Coins that are in poor condition retain just enough detail to identify the date and type of the coin. Rims may be flat or nearly flat.

Net grading is sometimes used by grading companies for vintage and ancient coins. Net grading considers all of the factors on a coin. For example, a coin that was not circulated may have been struck poorly or with worn dies. Such a coin may be graded Very Fine (VF) or Extremely Fine (XF).

Why Are Vintage Coin Grades Often Lower Than Modern Ones?

Today, some coins aren’t even touched by bare human hands before they leave the mint, which is often not true with vintage issues. Take the Morgan Silver Dollar, for example. These coins circulated widely during their day, yet many new Morgan dollars would have marks on them before even entering circulation. Such marks were the result of the way coins were handled in that era. Vintage silver dollars like these were shipped in cloth bags of 1,000 pieces. The coins would rub and bump against each other during travel, resulting in bumps and dings before they circulated.