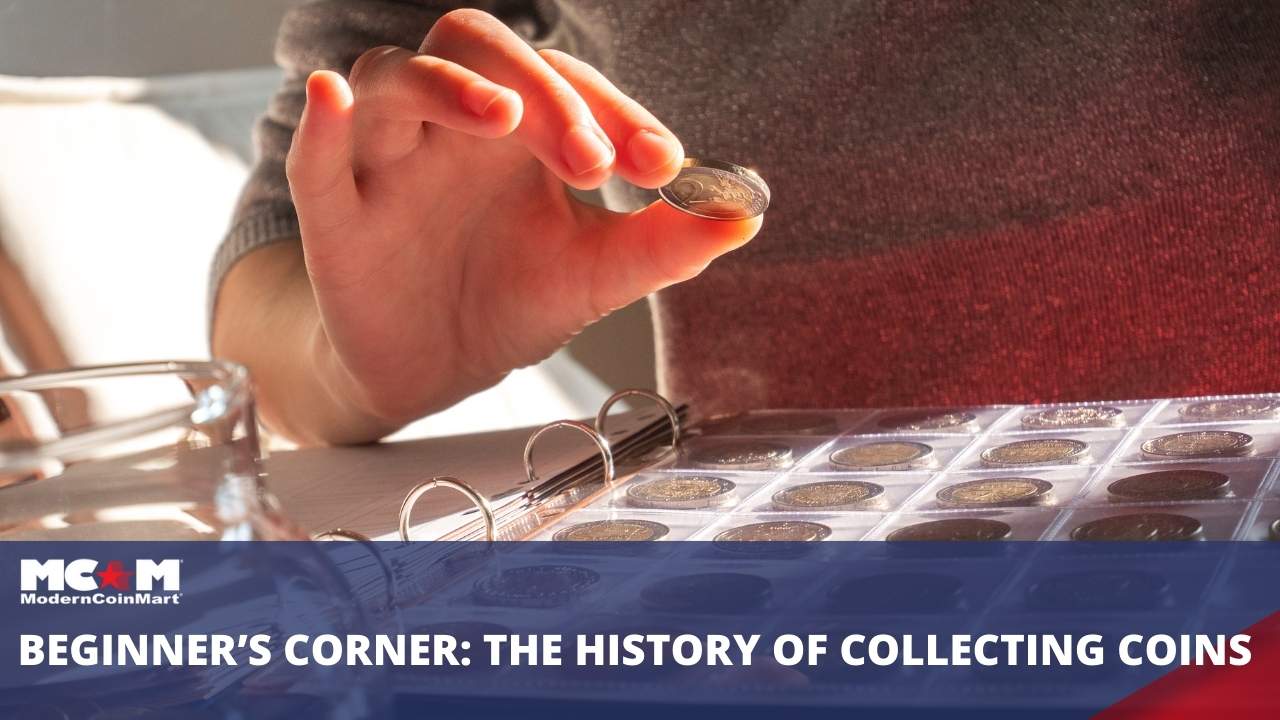 Where did coins first appear? Coins appear in archaeological record around 650 BC and the ancient civilizations in Anatolia, Greece, India and China are likely candidates of coin collecting.

Coins begin to appear in the archaeological record around 650 BC, and the ancient civilizations in Anatolia, Greece, India, and China are likely candidates of early coin production. Before the appearance of coins, precious metals were commonly used for trading and had to be weighed at each transaction and have the purity of the metal verified.

The Origins of Coin Collecting as a Hobby

From the first days of coin production, coins were considered an accumulation of wealth. It was in the 14th century that modern-day appreciation and collection began, and an active market developed. At the time, it was an interest only of the "privileged class," and it was coined (pun intended) "Hobby of Kings." In these early days of coin collecting, the hobby was associated with art collecting. Early collectors valued them as much for attractive or interesting imagery as they were for scarcity or historical significance.

It's in the 17th and 18th centuries that numismatics really appeared as an academic discipline. Scholars started to publish extensive studies as collectors became more systematic in their approach to building collections. Also, around this time, coin collecting began to spread into the middle class—it became a mark of sophistication and wealth. By the 19th-century, coin collectors began to broaden their horizons to not only ancient coins but to foreign and exotic currencies as well. Books on collecting began to be published, which made research for the general public a lot easier, and the hobby more accessible in general.

Coin Collecting in the 20th century

In the 20th century, collecting became more systemized with coin conventions and shows, and a network began to develop. Coins naturally began to be viewed as investments, and an entirely new system of collectors, dealers, and investors grew.

In 1949, Dr. William Sheldon developed the Sheldon Scale, a numerical 70-point scale used to determine the condition or "grade" of a coin. Before the use of the Sheldon Scale, the quality of a coin was determined by adjectival grades, and terms such as "good," "very good," and "fine" were used to describe a coin. The more rigid Sheldon Scale standardized how the condition of coins was determined, allowing for less room for interpretation and confusion when evaluating a coin in terms of quality.

For more information about Coin Grading and the Sheldon Scale read the Introduction to Coin Grading entry in our Resource Center!

In the 1970s and 1980s, Third-Party Grading Services began to emerge in the coin collecting industry. They were independent companies that will authenticate, grade, and encapsulate a coin in a holder in exchange for a fee. The first third-party grading service, ANACS, was developed by the American Numismatic Association (ANA) in 1972. The other two primary coin grading services, Professional Coin Grading Service (PCGS) and Numismatic Guaranty Corporation (NGC), were founded in 1986 and 1987, respectively.

While coins were evaluated and graded before the rise of such companies, the rise of coin grading services brought increased stability and even further standardization to the hobby. This proliferation of third-party grading companies served to increase the trust amongt collectors since they authenticate the coins they grade and have a team of experts evaluate the coin along the 70-point Sheldon Scale.

For more information about coin grading companies, check-out the NGC vs. PCGS entry in our Resource Center!

Today, collectors have access to resources that were unimaginable before because of access to the Internet. The online community has provided a platform for collector-to-collector sales and trades and the exchange of information. The internet also allows dealer inventories to be available to everyone across the globe.

Now, coin collecting has retained some of the original reasons for collection but gained some new motivations. Coins are typically collected for their precious metal content, stunning designs, and limited availability.

A former member of the now-retired MCM Forum said they still collect for the artistry and history that coins represent, which were the original reasons behind coin collecting in the 14th century. This particular member said, "I have coins in my collection from Ancient Greece to the present time. I find the history of various coins to be fascinating."

Another former MCM forum member said, "I can appreciate a generic bar, nugget, something a friend melted down and made or something as nice as a Panda. I suppose for me, it's more about scratching the itch of the burning fiat in my pocket by spending (saving) it in a productive and very enjoyable way."

If you're looking to engage with other passionate collectors and hobby enthusiasts in an open, online forum, check out our MCM Community Facebook group! The group is pretty active and has over 700 members to date! On top of intriguing posts and insights into our company and the products we carry, your can participate in engaging discussions about anything from recent numismatic news to favorite coins and more!