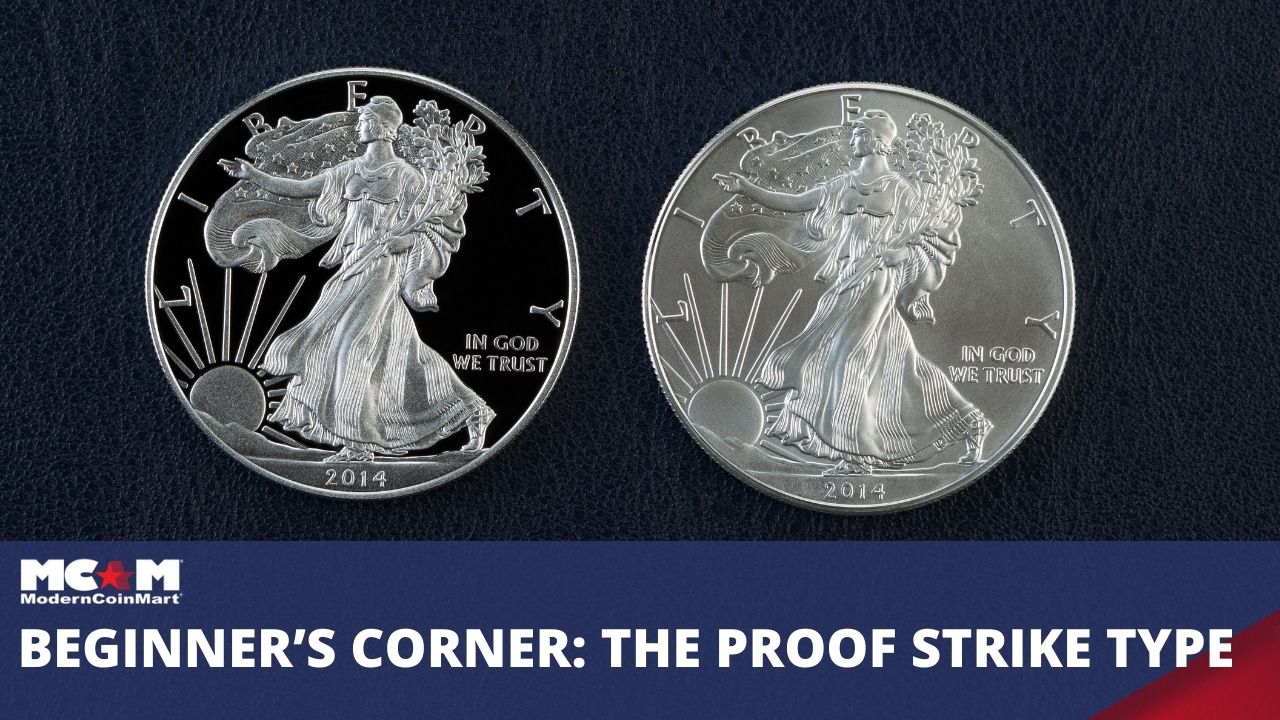 What is a Proof Coin?

The U.S. Mint defines the proof strike type as “a specially produced coin made from highly polished planchets and dies and often struck more than once to accent the design. Proof coins receive the highest quality strike possible and can be distinguished by their sharpness of detail and brilliant, mirror-like surface.”

The raised parts on a coin are called the “devices,” while the flat area is called the “field.” In a proof coin, the field is mirrored while the devices are frosted. Historically, proof coinage came in matte-proof, satin-proof, and brilliant-proof, while most of the proof coinage today is brilliant proof with frosted devices.

Proof coins rarely enter circulation and are not generally intended for use in daily transactions, even if they carry a face value.

Sometimes proof coinage provides collectors with a special strike of another issue, usually a business strike, which occurs on coinage intended for circulation. Collectors can observe an example of this phenomenon in the United States Mint’s American Silver Eagle series, which is regularly issued in both a bullion Uncirculated finish and in a collectors Proof finish.

Proof coinage tends to be more expensive to purchase because of the extra time, effort, labor, and production costs often required to make the coins. Usually, proof coinage will carry a limited mintage, especially when compared to their mint state counterparts.

How Are Proof Coins Struck?

The term Cameo refers to the amount of contrast between the raised design (or relief) and the background of the coin (or field). This effect is achieved when the planchets are polished to remove any imperfections before being struck.