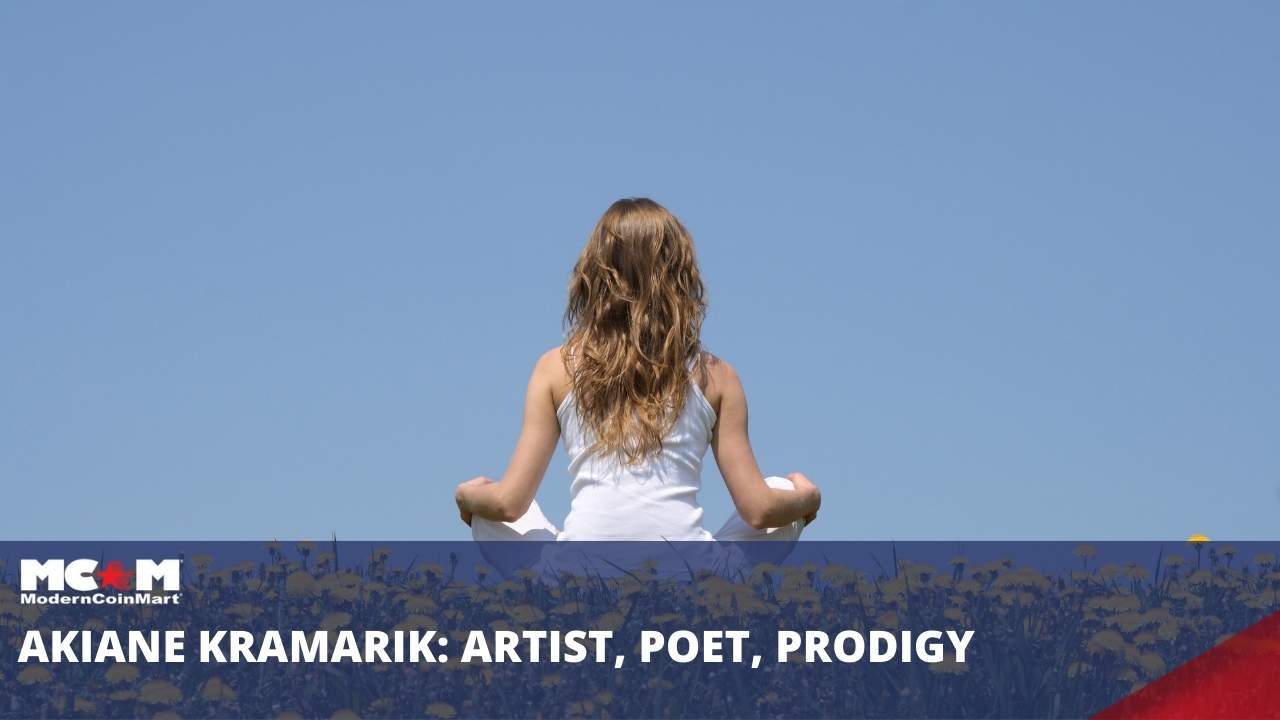 From her humble origins in a shack in Illinois to selling her works of art for millions of dollars today, Akiane Kramarik is not only an exceptional artist but also an inspiration to anyone wishing to accomplish their dreams and build a better life for themselves and their families.

The term “child prodigy” often gets bandied about to describe children who are advanced in their studies or athletics. In most cases, it gets applied to children who learn or do things at a level that far exceeds others in their same age group. In a precious few, though, it describes children who are not simply capable of doing things that are beyond their years, but doing things that few, if any, adults can do. That was precisely the case with Akiane Kramarik.

Kramarik was born on July 9, 1994 in a shack near Mount Morris, Illinois. She was the third of five children and the only girl. Her mixed roots, which include Lithuanian, Jewish, Danish, Russian, Polish, French, Hungarian, and Chinese ancestry, as well as her supportive parents contributed to her success. In fact, Kramarik’s mother was the only person who appreciated her work for several years. On her website, Kramarik credits her mother for keeping her going with praise and belief through the many times that she wanted to give up her artwork entirely.

She began drawing at the age of four, but her visions could hardly be expressed by pencils alone. Instead, she made use of other mediums, including fruit, candles, charcoal, and even vegetables. Two years later, she started experimenting with color pastels and went on to acrylic paints at seven. The following year, she sold her first painting for $10,000.

Kramarik’s popularity exploded when she featured on Oprah Winfrey’s television show at the age of nine. It was just the first of countless appearances that also include the Katie Couric Show, Good Morning America, World News Tonight, Fox News, TBN (Trinity Broadcast Network), Studio 10 in Australia, and Japanese TV Super Kids. She has earned extensive coverage throughout the United States, Canada, Australia, western Europe, parts of Eastern Europe, the Middle East, and the Far East.

In addition to her visual art, Kramarik is also an accomplished poet, an author of two best-selling books, a script writer, and a composer. Every day, she works on screenplays, story books, scripts, and music for feature movies. She also speaks five languages, including English, American sign, Japanese, Lithuanian, and Russian.

Akiane Kramarik Portrait While her accomplishments spread over many areas, Kramarik’s artwork continues to be the centerpiece of her accomplishments. She does not take sole credit for her work, as she claims that she is inspired by vivid dreams. She then portrays these dreams in her artwork in astounding detail, combining realism with flashes of artistic license.

Kramarik’s family moved several times when she was a child, and one move played an important role in keeping her passion for art alive. They moved to Northern Idaho where, after a period of her visions ending and her artwork stopping, Kramarik’s visions returned and her mother’s encouragement resumed. She began painting on larger canvasses and with more mediums. She also had a new source of inspiration, farm animals, which she began sketching. Animals, farm and otherwise, would become common in her artwork.

Another popular theme for Kramarik became people, specifically religious figures. One of the visions that she repeatedly had as a child was of Jesus. The visions came to her several times, but she struggled to put them together. One night when she was just eight years old, a mysterious carpenter came to her family’s door, and he reminded her of her visions. She decided that it was the right time to paint Him. Forty hours of intensive painting later, she completed the painting. Showing the resurrected Jesus, the left side is bright, representing Truth, while the right side, which is darker, represents worldly suffering. Unfortunately, her agent stole the painting, and today the original is believed to be locked in a bank vault.

Kramarik’s masterpiece has been ‘confirmed’ by another best-selling author, Colton Burpo. Burpo’s appendix burst when he was four. His life was saved by an operation, but he claimed to have visited Heaven during his ordeal. While watching TV with his father, he saw Kramarik’s Prince of Peace and said, “Dad, that one’s right.”

The famous artist’s next accomplishment will be to have her Prince of Peace featured on a coin from the island nation of Tuvalu. MCM has exclusive rights to global distribution of the piece, which will be struck from .9999 fine silver and feature a fully colorized reproduction of the piece on the reverse.

The future seems limitless for this young talent, but if she never produced another work of art, she would still be among the 21st century’s most accomplished artists. From her humble origins in a shack in Illinois to selling her works of art for millions of dollars today, Akiane Kramarik is not only an exceptional artist, but also an inspiration to anyone wishing to accomplish their dreams and build a better life for themselves and their families. Whether you are religious, an art lover, or simply someone who likes to see talent flourish, be sure to follow the life and work of this remarkable woman.