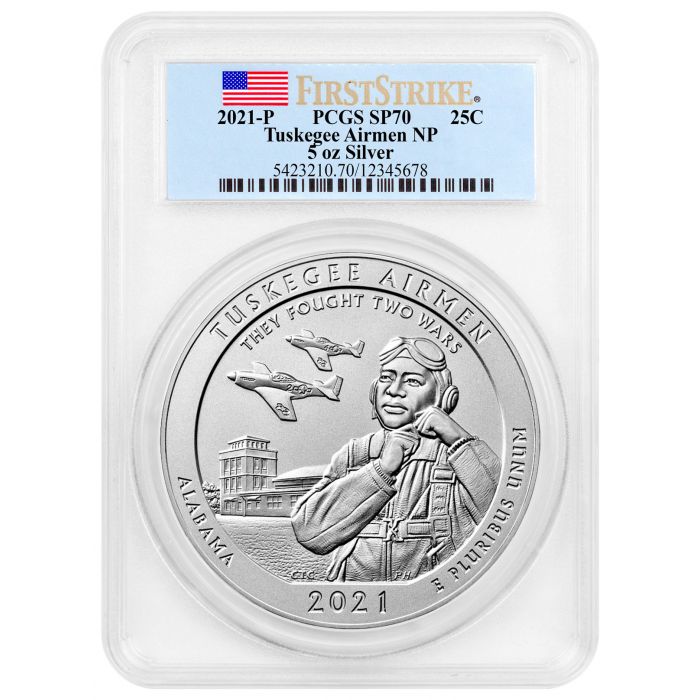 Skip to the beginning of the images gallery
Buy this highly coveted 2021-P 5 ounce Silver Tuskegee Airmen National Historic Site ATB Specimen certified by PCGS to be a First Strike in Specimen 70 condition and encapsulated with a Flag Label today.

Design Celebrating the Heroism of the Tuskegee Airmen

Reverse: A pair of P-51 Mustang aircraft are depicted on the reverse, in flight near the Moton Field control tower, while a foreground pilot watches with pride from the ground. The inscription above, "THEY FOUGHT TWO WARS," describes the Airmen's double battle, with fascism abroad and with discrimination on their home soil. A frame surrounding the image bears the inscriptions "TUSKEGEE AIRMEN," "ALABAMA," "2021" and "E PLURIBUS UNUM."