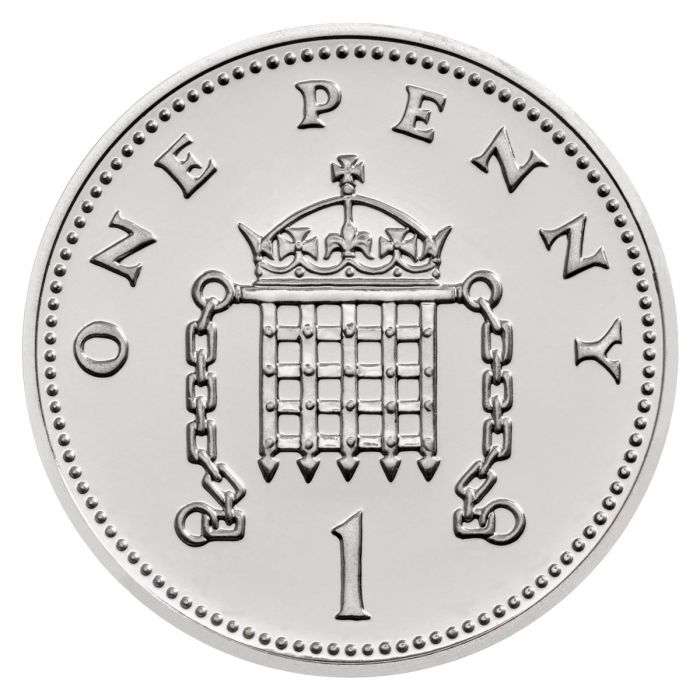 Skip to the beginning of the images gallery
Discover this much desired 2018 Royal Birth Silver 1 Coin in GEM Brilliant Uncirculated condition for your collection.

Why add this 2018 Silver Penny honoring the Royal Birth to your collection?

This gorgeous Silver Penny issued by the The Royal Mint of Great Britain celebrates the birth of a son to Their Royal Highnesses The Duke and Duchess of Cambridge on April 23, 2018. The birth of the child alters the line of succession, as the newborn Prince takes the place of fifth in line to the throne. Struck from .925 fine silver, the commemorative coin measures 20.32 mm in diameter and weighs 3.564 grams.

Featured on the reverse is a design created by Christopher Ironside, depicting a crowned gate flanked by chains. The image is framed by a beaded border, accompanied by the inscriptions "ONE PENNY" and the coin's face value of "1."

This 2018 Great Britain Royal Birth Silver Penny is presented in Brilliant Uncirculated GEM BU condition, exhibiting a superior strike with exceptional eye appeal. A coin described as GEM BU is ungraded, typically demonstrating quality and characteristics similar to a coin with a Sheldon Scale rating of 65 or higher. The coin is encapsulated and boxed, accompanied by a Certificate of Authenticity and colorful booklet celebrating the Royal Family.

This 2018 Great Britain Royal Birth Silver Penny will make a sensational addition to your collection!